There is a stack for everyone. 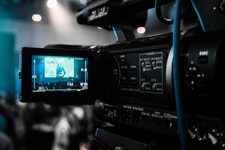 “To make a film is easy; to make a good film is war. To make a particularly good film is a miracle." - Alejandro González Iñárritu (Film Director).

With Stackby’s Film Production Template, you can live your very own miracle!

The idea originates in the most obscure places, be it a train ride back home or a lazy Sunday afternoon. A story begins to take shape in your head, and a script is formed. You choose your cast, assemble your crew, and the production of the film starts.

However, it is not that simple a process. The film is one of the most beautiful and visually engaging mediums of narrating a story. But viewers often cannot perceive the amount of planning and coordination required to produce a single film. Starting from the development, to budgeting to the distribution, film production is carried out in various stages.

Defining everyone involved in the production process, setting deadlines, allotting resources, and promoting seamless communication is the cornerstone of an efficient production process. Whether it involves assembling the cast and crew, arranging for requisite equipment, or editing a film, you will need a tool to keep track of every little detail continuously.

The nature of work involves a wide range of people engaged in different kinds of work with the aim to produce a film that viewers will enjoy and appreciate. Since Each stage varies in length, a lot of times different templates are used for different processes. For example, a film budget template is one of the most used templates while planning a film’s budget and financial requirements.

That is why we’re here! Stackby’s Film Production Planning Template will help you do just that! 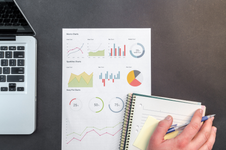 Film making, in simple terms, can be reduced to five simple stages:

Each stage of the entire process has its budget, depending on the nature of the work. Maintaining meticulous records of each payment made and ensuring that your expenses don’t cross the budget allocated can prove to be exhausting and tedious. However, it is an essential and inevitable aspect of filmmaking.

A cash flow template will allow you to keep track of your film production process’s day-to-day expenses in a structured manner in real-time.

With Stackby’s Film Production Cash Flow Template, you can record all your data on a single interface for easy and direct access. So, the question arises. Why should you choose our product for maintaining your cashflow records? Here’s why.

Stackby’s Film Production Cash Flow Template will keep track of every detail starting from the development stage to the release and distribution of your film. Using this cash flow template, you can:

This is just a brief overview of how you can use our Film Production Cash Flow Template to accomplish your objective and work within your budget. Access the template from our website and use it yourself for a better understanding! 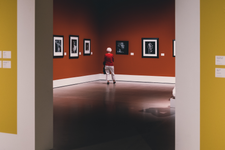 Art speaks where words are unable to explain. Art can be one person’s occupation, another person’s hobby, and it is a form of therapy for some.

Setting up and maintaining a gallery allows you to display the artwork in an aesthetically pleasing manner to attract potentially interested buyers and individuals with a genuine appreciation for art.

Whether you own a small enterprise or a well-established gallery, managing and running require a broad spectrum of knowledge and skills. You need to keep track of all the artwork bought and sold and the artists you have collaborated with. From maintaining inventory, day to day administration to developing relations with talented artists, as a manager of an art gallery, you are responsible for ensuring its financial stability and artistic development.

Managing the gallery, communicating with artists, and engaging with potential art collectors requires a lot of hard work, patience, a keen eye, and attention to detail. To simplify your job and assist you in managing your gallery, Stackby has launched its very own Gallery Asset Management Template!

Stackby’s Gallery Asset Management Template allows you to store and continuously update extensive details about your gallery in real-time on one platform with a single click of a button. Apply our template to reduce your effort and increase your efficiency overnight! You don’t need to take our word for it. Use it yourself and notice the difference!

Get Stackby’s Gallery Asset Management Template now and manage your gallery without any hassle!